BC Safe Driving – is it possible?

I learned to drive from Tom & Jerry and from all those ‘cops chase bad guys’ shows. I learned from my family and from friends. By the time I got behind the wheel I guess I had a bunch of subconscious driving habits I wasn’t even aware of. Maybe some of them weren’t the best. Then I took lessons and The Test and when I eventually passed, my instructor said “Now you can learn to drive.” He was right too. 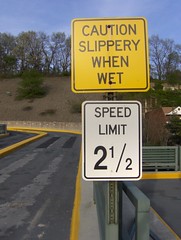 The good news is we have a few ways to help you round those bad habits and encourage safe driving! One is specifically BC Safe Driving, but there are a whole bunch of other courses for road users from backing up safely to not falling asleep behind the wheel. Check them out (but remember, we sell these courses, expect to sign up and pay and all that stuff).
OK, advertising over, now before I start this BC safe driving post, I’ll say up front that I learned to drive in England. And along the way I did some advanced driving stuff with ambulances and eventually speed, noise and flashy-lights. I’ve also driven in France, Canada and the USA and been driven in several other countries. When I came to BC I had to take the local test too (which wasn’t a problem) and right now I drive daily in BC – most days from Squamish to Vancouver and back. Here are a few things I’ve noticed as a foreigner on these here roads…

BC Safe Driving, the Shoulder-check:

‘Do you know why you shouldn’t shoulder-check when approaching a crossing?’ was one of the questions the instructor asked me when I took the BC driving test. Easy.

“Because I need to look at the road ahead, the crossing and the other road users; not look behind me.”

‘Correct.’
It was a driving test. I could be failed. So I didn’t add “At all times” – but I could have done. There’s a strange practice here in BC: you should ignore the bright, reflective things in your vehicle and instead just look behind you. And they think of this as safe driving?
In a different time and place we were taught to use all three/five mirrors effectively, and be aware that you had a blind-spot. Because of this you were expected to use the mirrors regularly while driving – which probably came out to at least once a minute. You could fail your driving test for not using them often enough. Or, I guess, you could gaze over your shoulder and hope nobody cuts in front of you? Which bring me to watching BC drivers change lanes.

What’s that? It’s a way to change lanes (and make other driving maneuvers) safely. I have no idea if it’s taught and quickly forgotten in BC, or just not taught. First, the way we were taught in England:

This, we hope, is safe driving. Now here’s what I see on the roads of BC:

Now I can’t say what’s going through the mind of other road users, so of course my comments are subjective…. And maybe it’s a cultural thing I don’t know about, but there’s certainly the assumption that if a driver signals, all other road users will make way for them, regardless of whether it’s safe to do so or not. Which also leads on to…

They don’t exist here. If you’re more than 2 car-lengths behind the vehicle in front, someone will fill that gap for you. See above. 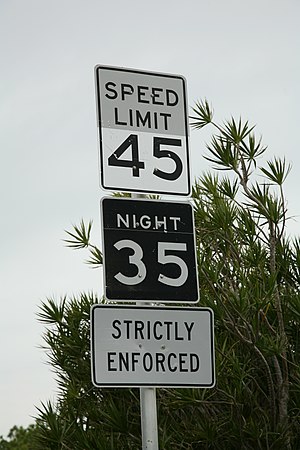 The ‘open road’ speed limit (at least locally) is lower than in Europe. This should in theory make BC much safer for driving. The thing is that I think (and it’s just an opinion) that drivers are so frustrated at being forced to go so slowly that when they think no-one is watching, they go race-track crazy.
There’s a piece of road locally which is an 80 Km/hr zone. Police recently set up a speed trap and struggled to process the number of speeding drivers they caught, there were so many…. And they were quoted as saying “It’s a good job we were only going after those exceeding 130 Km/hr”. That’s 50 over the speed limit and they couldn’t process them all.
I can only guess why. But my guess is that when the road is empty, straight and open, it’s hard to resist temptation.
Now OK, some of the above is a little tongue-in-cheek, but really not so far from what I see every day. Don’t even get me started on what the cyclists do (or don’t do, which would be obey the law). So we have little education to help you with the temptation if you need it. We’d also be interested to know about the things you see on the road every day. Use the comment box below!